After a goalless draw in the first leg, Real took the lead when Gareth Bale’s cross deflected off City’s Fernando.

Fernandinho clipped the post in a rare City chance, but Real dominated as Bale hit the bar and Joe Hart saved from Luka Modric and Cristiano Ronaldo. 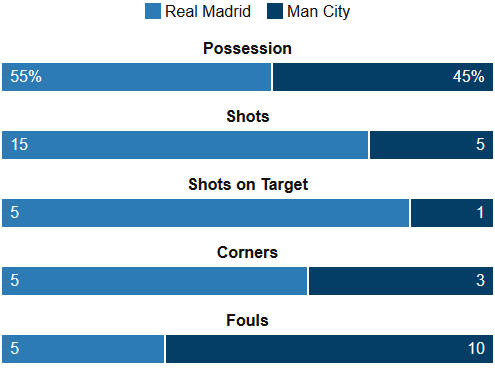