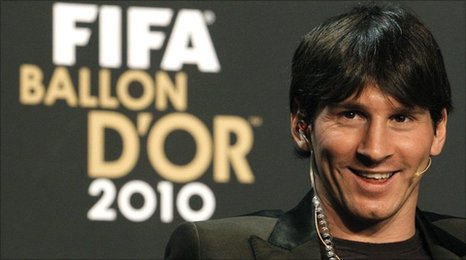 Argentina and Barcelona forward Lionel Messi has won the inaugural Fifa Ballon d’Or award at a ceremony in Zurich.

Jose Mourinho, who won an unprecedented Treble with Inter Milan in 2010, was named the Coach of the Year.