Newcastle have won their last six meetings with Cardiff in all competitions, most recently a 5-1 home victory in the Championship in February 2010. 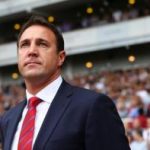 They have scored a Premier League joint-high of three goals from corners this campaign.

Their win over Fulham last week was their first away win in the top division since November 1961.

No side has scored or conceded more goals in the 90th minute or later of their Premier League games this season than Cardiff (three).

Craig Bellamy will again have the chance to become the first player to score for seven different clubs in the Premier League.

Newcastle’s last 10 goals have all been scored by French players. In March/April 2004, Frenchmen scored 12 league goals in succession for Arsenal.

The Geordies have won just three of their last 23 Premier League away games, losing 13 of these matches.

The Magpies have conceded a league-high three headed goals this season so far.