Leicester City will have to wait for another day at least to be champions of England for the first time after drawing at Manchester United.

But Leicester were level nine minutes later when Wes Morgan headed home a free-kick from Danny Drinkwater, who was sent off late on for two bookings. 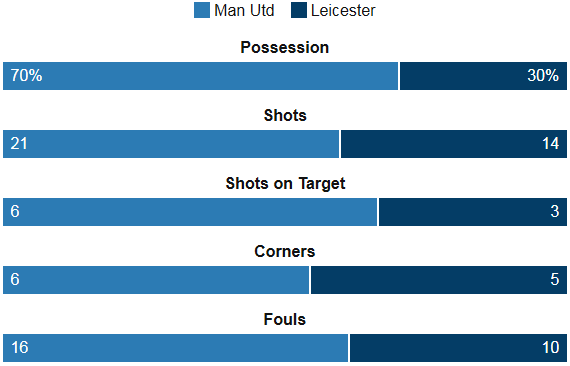