Newcastle trio Tim Krul, Daryl Janmaat and Paul Dummett have all recovered from the injuries.

Striker Emmanuel Riviere has been ruled out for the Magpies, while Sammy Ameobi is an injury doubt.

Leicester have no fresh injury worries following the international break. 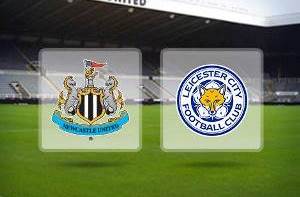 The Magpies have won the last four meetings between these sides at St James’ Park.

Leicester’s last victory away to Newcastle was by 2-0 in April 2000.

Newcastle are without a league victory in eight matches.

Alan Pardew’s side have conceded two or more goals in nine of their last 12 league games at St James’ Park.

The Magpies are the only side yet to score first in a Premier League game this season.

Papiss Cisse has not scored in consecutive league appearances since netting in six games in a row between March-April 2012.

They have only found the net once in their three league matches away from home this season.