Cardiff Vs Southampton Stats and Highlights 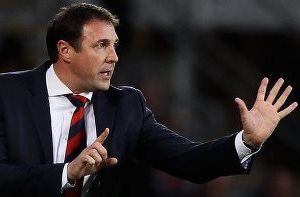 Cardiff have won their last seven home matches with Southampton, each by a one-goal margin.

The away side has not won this fixture in the last 17 league attempts since Southampton’s 5-3 win at Ninian Park on 27 December 1965.

Cardiff have taken seven points from the last 12 available at home.

The Bluebirds have gained five points from losing positions this season (W1, D2). Only Aston Villa (seven) in the bottom half of the table have more.

Malky Mackay’s side have scored just five goals in their last nine Premier League games, and four of those have come in the second half.

Peter Whittingham has been involved in half of Cardiff’s last 12 league goals, with two goals and four assists.

Southampton are winless in their last six league matches. They are yet to endure a seven-game winless streak since they returned to the Premier League.

Mauricio Pochettino’s side have gone a league-high eight games without keeping a clean sheet, and conceded 17 goals in the process.

Southampton have won only one of their previous 12 Premier League games played on 26 December (W1, D6, L5) and scored just three goals in their last seven top-flight Boxing Day matches.