Record signing Dani Osvaldo scored his first goal for Southampton as they beat Crystal Palace to climb to fifth in the Premier League.

Crystal Palace have won only one of their last 10 league visits to Southampton (W1, D3, L6).

The south London side are winless in the eight previous Premier League meetings between these clubs (D4, L4). 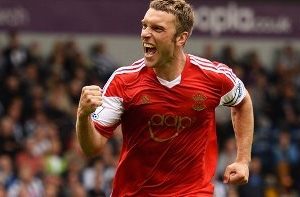 Southampton have yet to win at St Mary’s in the Premier League this season.

Their three league goals (the joint-lowest total in the top flight) have all come in the second half, with two coming in the last two minutes.

Only Tottenham have conceded fewer than Southampton’s total of two league goals this season.

Rickie Lambert, who scored twice the last time the clubs met, has scored 199 goals in English league football. He has had nine shots on goal in this season’s Premier League, more than any other player.

Palace have lost four of their first five league matches.

Ian Holloway’s side have lost all three of their away games this season (two in the Premier League, one in the League Cup).

Holloway has used 23 players in this season’s Premier League, the joint-highest total.