The Uruguayan’s 16th of the season took him past the total for the whole Spurs side when he took on Jordan Henderson’s flick to find the bottom corner.

Philippe Coutinho hit the bar before the excellent Henderson volleyed in.

Paulinho was then sent off for kicking Suarez before goals from Jon Flanagan, Suarez and Raheem Sterling completed a miserable afternoon for Spurs. 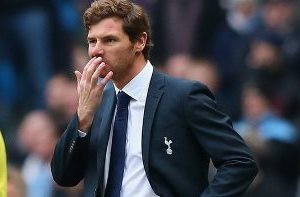 Liverpool beat Tottenham for the first time in six matches when they last met in March.

The Reds have lost on their last six visits to White Hart Lane. Four of those defeats have been by a 2-1 scoreline.

Liverpool have scored four own goals at White Hart Lane, the joint-highest figure of any team at a particular ground in Premier League history (along with Southampton at St James’ Park and West Ham at Anfield).

Tottenham have 27 points after 15 games, a tally they have only bettered once before in the Premier League (in the 2011-12 season).

They are one of only three clubs, along with Swansea and Aston Villa, to have won more league games away than at home this season.

Spurs have won just one of their last five league matches at White Hart Lane.

They have scored seven goals in seven matches at home this season – only Aston Villa have scored fewer.

Spurs and Newcastle are the only two teams yet to score more than twice in a league game this season.

They are 11 points and 15 goals better off than at the same stage of last season.

However, they have managed just one clean sheet in their last 12 league matches.

The Reds have scored 14 goals from set pieces this season, more than any other team in the Premier League.

The injured Steven Gerrard has provided six goal assists this season, the joint highest amount in the top flight with Mesut Ozil.