Everton missed the opportunity to move into the top four as Diego Lugano’s second-half header ensured West Bromwich Albion boss Pepe Mel took a point from his first game at The Hawthorns.

It is 30 years since this fixture ended in a draw at The Hawthorns. West Brom have won five and lost four of the subsequent nine league meetings at home. 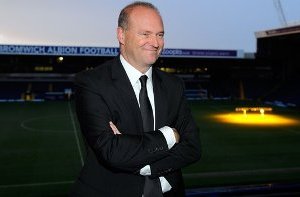 However, they have won only one of their last 12 matches in all competitions, a 1-0 home victory against Newcastle.

Albion are 12 points and seven places worse off than at the same stage of last season.

Gareth McAuley and Liam Ridgewell are poised to make their 350th and 300th league appearances respectively.

Roberto Martinez has won 11 Premier League matches this season – equalling his previous best managerial tally in a season, set with Wigan in 2011-12.

The Toffees have only conceded 19 goals in their 21 Premier League matches, the joint-best record in the division prior to the latest round of fixtures.

Everton’s leading goalscorer Romelu Lukaku has only managed one goal in his last eight appearances.