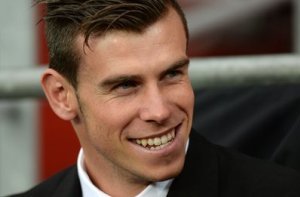 “I have had six very happy years at Tottenham but it’s the right time to say goodbye,” said 24-year-old Bale. “We’ve had some special times together and I’ve loved every minute of it.”

Bale will have a medical and then be presented to the Real Madrid fans at the Bernabeu at 12:00 BST on Monday before speaking at a media conference.

Bale began his professional career at Southampton, playing at left back and earnt acclaim as a free kick specialist. He moved to Tottenham Hotspur in 2007, for an eventual £7 million fee. During his time at Spurs, managerial and tactical shifts saw him transform into a more offensively-oriented player. From the 2009–10 season, Bale became an integral part of the team, rising to international attention during the 2010–11 UEFA Champions League. He was named PFA Players’ Player of the Year in 2011 and 2013, and was named in the UEFA Team of the Year in 2011.

Bale has received plaudits from his peers, who have described him as a footballer with “tremendous speed, great crossing ability, a great left foot and exceptional physical qualities”. During the 2012–13 season he was awarded the PFA Young Player of the Year, the PFA Players’ Player of the Year and the FWA Footballer of the Year awards.