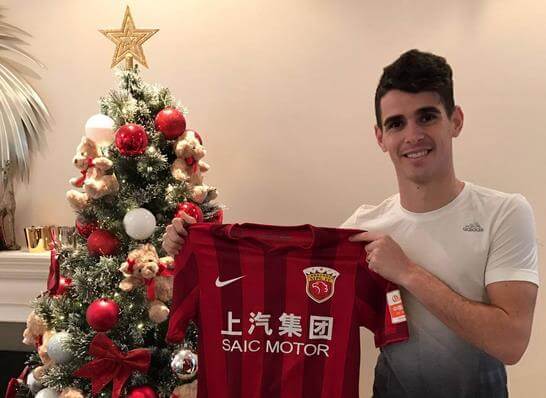 Oscar joined Chelsea from Internacional for £25m in 2012 and has scored 38 times in 203 appearances for the club.

Conte’s arrival in the summer led to a deeper role for Oscar at the beginning of the campaign, but the switch to a 3-4-3 formation in October saw opportunities limited, and he now heads to Shanghai to link up with former Chelsea coach Andre Villas-Boas.

The Brazilian, who has won the Premier League, Europa League and League Cup during his four-and-a-half-year spell at Stamford Bridge, will earn a reported £400,000 a week.