Leicester City 2-0 Sunderland
Leicester made it six wins from six under boss Craig Shakespeare as seemingly doomed Sunderland marked the two-month anniversary of their last goal with another defeat.

Watford 2-0 West Bromwich Albion
A resurgent Watford survived for half an hour with 10 men as they beat West Brom to earn back-to-back Premier League victories. 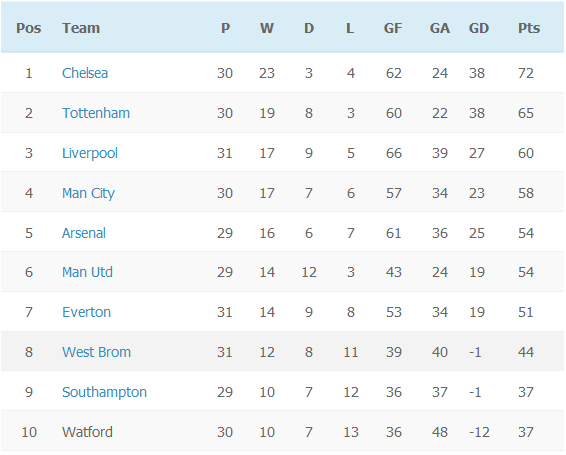